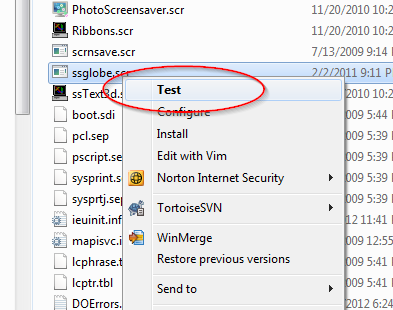 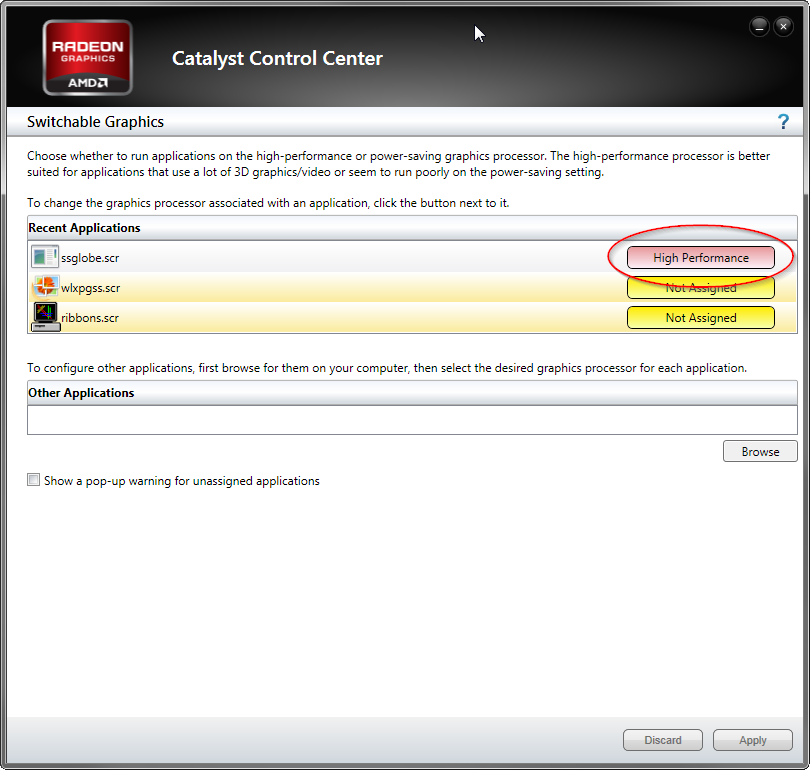 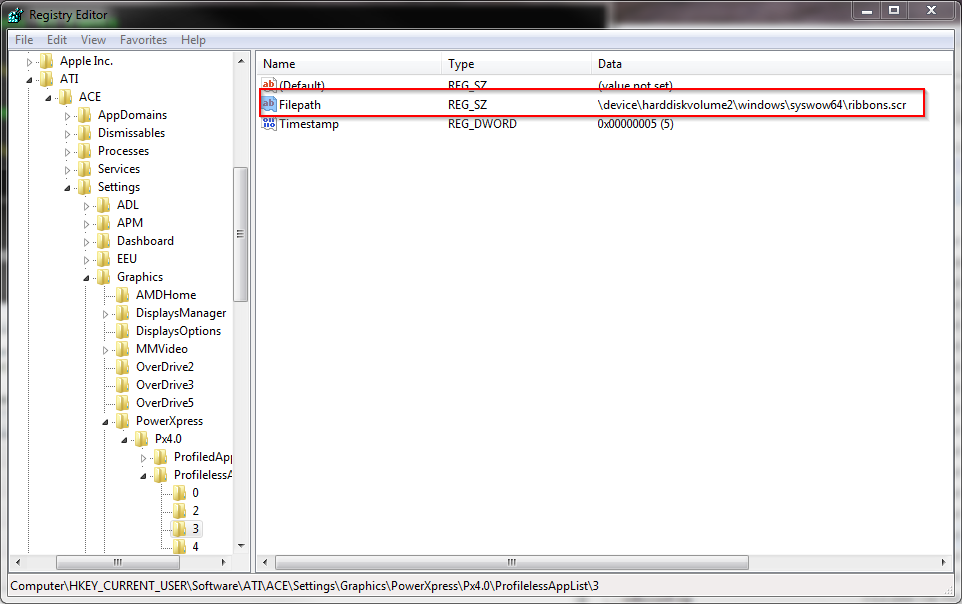 I like to dabble in different things, 3D graphics being one. Here is a free screensaver I created a while back using OpenGL to display a rotating 3D globe. It’s pretty simplistic but I think it’s cool. Here’s a screenshot taken from my laptop.

The globe is created by mapping a flat image of the earth onto a 3D sphere. The image was obtained from NASA’s Visible Earth website out of the Blue Marble collection. This version supports multiple monitor setups and provides high and low resolution textures for the globe (though I haven’t really tested to see if the different resolution textures really make a difference). The screensaver does not change your monitor resolution and will run at whatever the current resolution is set at. Obviously an OpenGL capable graphics card is required. I also created a msi installer for it. I just wanted an excuse to play with the WiX toolkit for creating install packages. The screensaver can be downloaded from here. If there is interest I have some ideas for enhancements like city lights on the night side, real-time sun tracking, perhaps cloud cover or any other suggestions. Let me know what you think.

Ok, after having run this screensaver on several different computers over several years without ever having any problems, I just tried to install this on my new laptop and it failed with a DLL error.

Not sure what the issue is at the moment but I’ve previously installed this screensaver on Windows XP 32-bit and Windows 7 Professional (which I also have on this laptop) without problems. It’s late now so I’ll look tomorrow to see what’s going on and post an update.

So I found a fix for the issue and posted a new article about it. Let me know if you run into the same issue or if you find any other problems.

So, a while back I had set up a Linux machine with an older QuadroFX video card to do some 3D stereo programming. The nVidia Linux drivers installed without a problem and everything seemed to be working. Except for the stereo part. Trying some test applications this is what I found:

Poking around the internet turned up little about this problem. However, from /usr/share/doc/NVIDIA_GLX-1.0/README.txt I found this little tid-bit: Workstation overlays, stereo visuals, and the unified back buffer (UBB) are incompatible with Composite. These features will be automatically disabled when Composite is detected. Simply running: “nvidia-xconfig --no-composite” fixed it. Looks like it added the following to xorg.conf:

Hopefully this helps anyone else with this problem… ]]>